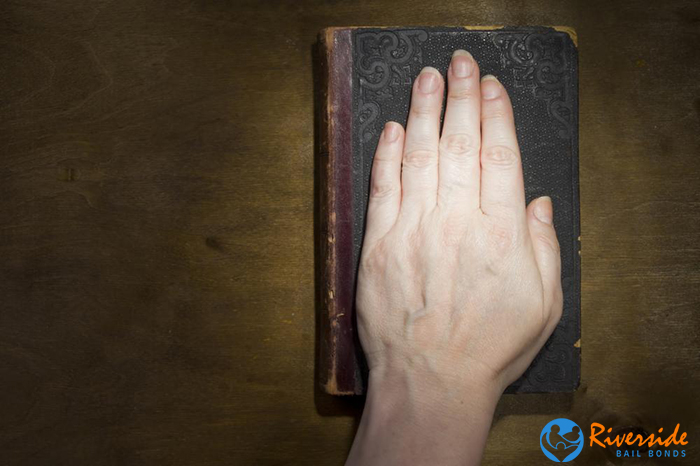 Committing perjury in California isn’t a laughing matter. According to state law, perjury happens when you knowingly lie while you’re under oath. The issue is addressed in the state’s penal code sections 118-131.

The legal system only works if everyone believes that anyone who has sworn an oath to tell the truth really is doing so. When someone feels free to lie while under oath, the entire system falls apart, which is why the court takes such a hard stand against people who are found guilty of committing perjury.

If you’re convicted of committing perjury, the judge can have you imprisoned or placed on criminal probation. Those are just the short-term consequences of committing perjury in California. The long term damage is how the guilty conviction completely destroys your reputation and makes everyone question everything you’ve ever said or done.

In California, perjury is considered a felony. If the judge decides to hit you with the maximum sentence, you’ll spend four years in prison.

It’s important to note that you can be charged with perjury even if you haven’t testified in court. California has created a system where a perjury charge can be filed again you if you lie while dealing with a written document. A perfect example of this is deliberately giving false information when selling a house. A second example is providing wrong information when you apply for your driver’s license.

It’s interesting that we don’t hear about more perjury cases. It’s likely that the lack of perjury cases that make their way through the court system has less to do with people telling the truth each time they are under oath and more to do with the fact that perjury, particularly when it’s spoken perjury in court, is surprisingly difficult to prove. To win the case, the prosecutor has to prove that you deliberately lied while under oath which is quite different from accidentally giving wrong information. Perjury charges that involve written documentation are much easier to prove.

The best way to avoid facing perjury in California charges is by always telling the truth while you’re under oath. It’s better to say that you can’t clearly recollect the details of a specific action or that you flat out don’t remember than to lie.