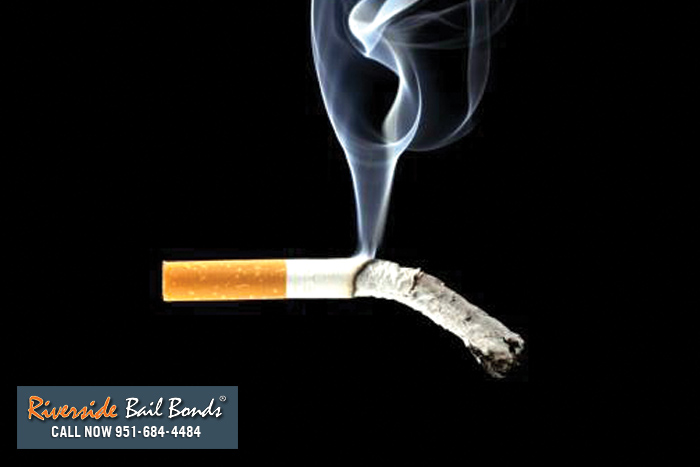 It is against the law to sell or provide cigarettes and tobacco to minors in the United States. Just because they “look over 18”, that is not a sufficient excuse. Stores must always ask for identification (and likewise when selling alcohol).

Anyone caught selling tobacco products to minors may be subject to fines, possible jail time, and a suspended or revoked tobacco license.

Anyone caught buying tobacco products for a minor may be subject to the same consequences.

Smoking has long term effects on health and organs. It can be a very nasty habit that is often very difficult to break away from.

Save a couple lives by not providing minors with tobacco. You’ll save the minor from a little bit of self-deterioration and you’ll save yourself from losing money and sitting in jail.

Though, if you do happen to get caught doing so (you’ve done it before and never thought you’d get caught), contact Riverside Bail Bonds at 951-684-4484. We’re available all day, everyday and we’ll help you get out of jail with an affordable bail bond.