Don’t Cheat in the Carpool Lane

Don’t Cheat in the Carpool Lane

P
retty much every California driver out there can agree that the state has horrible traffic problems. No matter which end of the state you are on, whenever a driver gets close to a large urban area, traffic will slow to a crawl. In Los Angeles, it can easily take two hours to drive a distance that would, without traffic, take 30 minutes to traverse.

One of the most commonly implemented ways to avoid traffic is carpool, or High Occupancy Vehicle (HOV), lanes. These lanes are usually found all the way to the left and are only allowed to be used by vehicles that have more than one person in them. This means that any vehicle in these lanes should have a driver and at least one passenger.

The idea behind these lanes is to convince people to rideshare more to take advantage of these lanes. Doing this would reduce the number of cars on the road and help reduce traffic. However, a lot of people don’t want to give up the freedoms that come from driving themselves, or they simply have no one to carpool with. In these instances, some people decide to try to trick the system and drive in the carpool lane without a passenger present. What these people don’t realize is that doing so is illegal, and can earn them a nice ticket.

Some drivers, in an attempt to get around the traffic, will try to make it look like they have a passenger riding with them. They can do this in several ways, including:

There are probably plenty of other schemes out there, and most California Highway Patrol (CHP) officers have seen them all. It is important to note that

The thing with these so-called sneaky tricks is that they don’t work as well as drivers think they do. Officers are well aware of the tricks and can spot them pretty easily. The mannequins are often too stiff and unresponsive to the road to be considered real for more than a second.

If a CHP officer notices a person trying to pull one of these tricks in the carpool lane, they will pull the driver over and will give them a ticket.

The only good thing about these tricks is that often times when a driver uses them, they at least strap the doll or mannequin in properly.

Penalties of Misusing a Carpool Lane

Breaking this law results in infraction level charges that come with a fine of $490 and no potential jail time. A person will not receive any points on their driver’s record for this kind of violation.

Also, be aware that entering or exiting a carpool lane over a double yellow line is illegal and can result in a separate ticket. This ticket would cost anywhere from $100 to $150 and does add a point to the driver’s record. If a driver acquires too many points on their record within too short a period, they can have their license suspended, or even revoked altogether.

No one likes getting stuck in traffic, but it is a part of life in highly urbanized areas. Trying to get passed the traffic by using a doll or mannequin to enter into a carpool lane is an easy way to get a ticket. Not only do CHP officers see through the ruse, other drivers who notice it are more than likely to report it. After all, why would they allow someone else to cheat through the carpool lane while they are stuck in traffic?

Luckily for all the law-abiding drivers out there, anyone caught in the carpool lane without a living passenger in their vehicle will earn themselves a nice ticket. What do you think of carpool cheaters? Do they deserve the ticket for sneaking into the carpool lane, or are they just being smart? 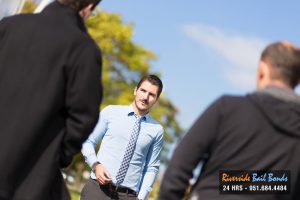