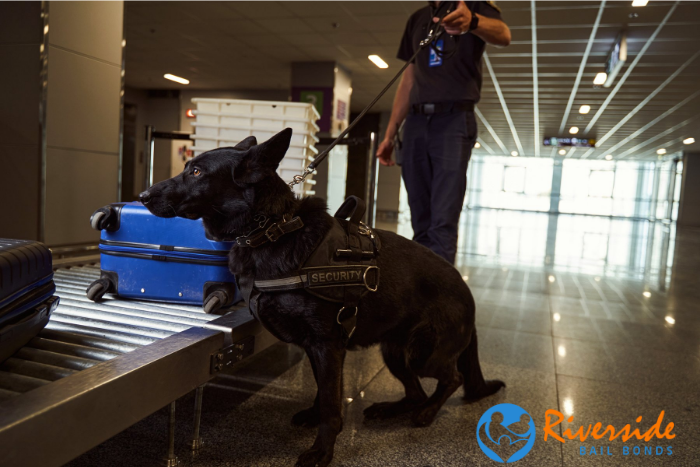 There’s nothing funny about being arrested and charged for drug possession in California. While we can’t do anything about the drug possession charges, we can post a bail bond for you. By turning to us for a bail bond, you’ll only need to provide 10% of the requested bail and you’ll be released from jail.

It doesn’t matter what type of drug possession charges you’re facing, it is in your best interest to arrange for us to post a bail bond. Not sitting in jail while you’re waiting for the court to handle your case allows you to spend quality time with your family and to continue working at a legitimate job. Perhaps most importantly, being released on a bail bond makes it easier to meet with your lawyer and start planning your defense strategy.

Some people even use the time they are released from on a bail bond to check themselves into a drug rehab program which goes a long way towards showing the judge that you’re committed to cleaning up your life and making drug possession charges part of your past rather than your future.

If you contact Riverside Bail Bonds in Murrieta about obtaining a bail bond following a drug possession charge, you need to understand that it’s highly likely that agreeing to stay away from all illegal drugs and anyone who is known to be connected to the local rug scene will likely be a condition of your bail. If you’re caught using drugs while you’re out, you’ll be arrested a second time. When you’ve been released on a bail bond, you need to commit yourself to living a clean and legal life.

There are several reasons why you should contact Riverside Bail Bonds in Murrieta following your arrest for drug possession. These reasons include:

When you decide to have Riverside Bail Bonds in Murrieta post your bail bond, you’ll need to provide us with:

We know that sitting in jail and waiting to learn your fate isn’t any fun, which is why we encourage you to contact us whenever you’ve been arrested for drug possession.