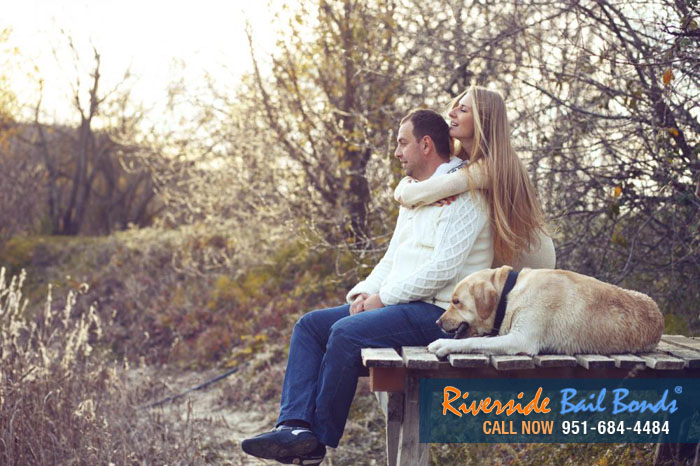 Unlike several other bail bonds companies who left you more confused than when you went in, the bondsmen at Hemet Bail Bond Store will teach you about the bail process. They take the time to sit with you and explain everything you want to know. They explain bail prices and how they’re set and determined. They’ll explain the bonding process to you and they’ll even explain the contract to you. A lot of other companies won’t do that.

Going from being a free individual to being arrested can happen in an instant, but getting booked after being arrested can take several hours. During this time, your family can’t bail you out. You can’t be bailed out of the system until you’re in the system. Most companies when they see you aren’t even booked yet, will tell your family to call back once you’re booked but don’t tell your family how to even figure out if you’re booked. Hemet Bail Bond Store won’t do that.

The agents want to get you bailed out as fast as they can. They’ll work with your family and try to get as much information as your family has to try and set up the bail bond. This way once the jail has finished booking you, the bondsman will be close to or ready to bail you out. This will get you out of jail faster than Hemet Bail Bond Store’ competitors.

As soon as you call Hemet Bail Bond Store, their agents begin working as fast as they can to bail you out of jail. They not only work for your family, they work with them to help them take care of you. The agent can help your family by figuring out a payment process with a down payment and monthly payments that are actually affordable.

An Hemet Bail Bond Store Agent Is Your Best Friend

A bail bondsman can be your best friend when you’ve been arrested. This is even truer for the bondsmen at Hemet Bail Bond Store. They’ve been a family owned company for over twenty-five years and so their bail agents understand the importance of family. They go above and beyond their competitors and retrain all of their bondsmen every year.

Hemet Bail Bond Store’ bondsmen can get you out of jail quickly and by using a bail bondsman, bailing your loved one out of jail becomes a lot cheaper. You no longer have to pay the court the full amount of the bail, you only have to pay a small percentage, ten percent in California, to the bail bonds company. Using Hemet Bail Bond Store can save you thousands of dollars.

On top of being faster and cheaper than just paying the court the bail, using a Hemet Bail Bond Store bondsmen is much more beneficial. Unlike the court, a bondsmen from Hemet Bail Bond Store will keep you up to date on you or your loved one’s court dates, they won’t let you forget about them. They help keep you from getting into more trouble with the court.

As with any relationship, you should be honest with your bondsman at Hemet Bail Bond Store. If you are, they’ll be more trusting and understanding with payments. They’ll be willing to accept late payments once in a while if you’ve run into some tough times. Just be honest with them and don’t make a habit out of it and they’ll trust you.