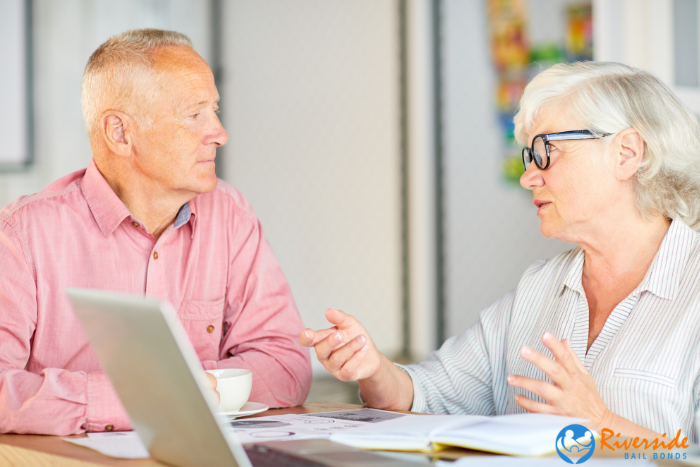 Questions to Ask Before Signing a Bail Bonds Contract

When most people need a bail bond, they contact the very first bail bond number they see and immediately sign a contract. Sometimes this method works out well. Other times, it turns into a regrettable decision. Taking the time to ask a few questions is the best way to make sure that you’re happy with the bail bonds agency that posts a bail bond for you.

Find Out Exactly How Much You’ll Owe

One of the biggest issues many people run into when dealing with a bail bonds agency is that they fail to learn exactly how much the bail bonds agency will charge them and what those charges are. When you deal with Riverside Bail Bonds, your fee is 10% of the requested bail. You may also qualify for a 20% discount, something we’ll determine during the free consultation. It’s possible to set up a payment program that will be a zero-interest program and won’t include any hidden fees.

We are routinely astounded by the number of calls we get from individuals who thought they were getting a great deal on their bail bonds contract only to find that they were actually dealing with scam artists who took their money and ran. The best way to make sure you’re dealing with a professional and legit bail bonds agency is by confirming that they’re properly licensed. It’s also okay to do some research into the company and learn about the type of relationship the agency had with previous clients.

How Much Time Will Pass Before You’re Released

It’s a good idea to find out how long it will take to process the bail bond and for you to be released from jail. In most cases, the exact time frame depends on how long it takes to fill out the contract, pay your fee, and provide collateral if it’s required. Once all of that is done, you should be released shortly. If the bail bonds agency anticipates that there will be a delay on the jail/court’s side of things, they should let you know about the issue as soon as possible.

Riverside Bail Bonds has been serving California for several decades. In most cases, we’re the first call people make after they’ve been arrested. Over the years, we’ve developed a reputation for providing excellent customer service, having fair contracts, flexible payment plans, and being an easy bail bonds agency to work with.

Call 951-684-4484 or click the Chat With Us now link for a completely free consultation. We’re ready and willing to help you get out of jail and reunited with your loved ones. 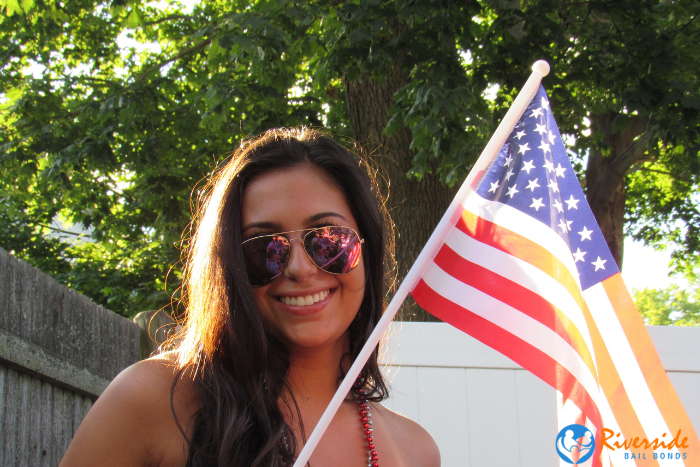 Getting Arrested During the Fourth of July Holiday

As if getting arrested wasn’t already bad enough, you’ve managed to get arrested during the Fourth of July holiday. Not only does this mean you’re losing out on valuable time that you’d planned on spending with friends and family, but it also means wondering if it’s even possible to be bailed out during the holiday weekend.

The answer to whether you can be bailed out of jail on a holiday weekend isn’t easily answered. The truth is that there are a few different issues that can complicate the process.

If it’s a first-time offense on a non-violent crime, you’ll likely be released on your own recognizance right away. When no bail money is required, there’s no reason for the jail to hold you. The only thing making you stay does is make an already crowded and busy jail even more crowded.

If you’re arrested for a crime that happens to have a set bail attached to it, you’ll also be able to contact Riverside Bail Bonds and get released fairly quickly. When this happens, you might spend a little time inside a jail cell while you wait for the contract to be signed and for us to deliver the bail bond check, but it shouldn’t take too long.

Where things get complicated is if a bail hearing is required before your bail is set. If a hearing is required, there will be a delay and you should expect to spend at least a few days in jail. The issue is that because the Fourth of July is a federal holiday courthouses throughout California are closed. Many of the judges use the holiday to enjoy a family vacation. Because so many people are arrested during the Fourth of July holiday, many bail hearings will likely take a little longer than normal to schedule once things open back up.

While there is nothing we can do here at Riverside Bail Bonds if you’re waiting for a post-Fourth of July bail hearing, we urge you to contact us anyway. While we won’t be able to write a bail bond or post it until your bail hearing is completed, we can do all the other paperwork so that you’re bailed out shortly after the bail hearing. You won’t believe how much contacting us in advance speeds up the entire process.

Yes, the Fourth of July shuts down the courthouse but it doesn’t slow Riverside Bail Bonds down. We’re available 24/7, even during the Fourth of July holiday. Call 951-684-4484 or click the Chat With Us now link for a free consultation.