24 Apr Sports Games Are Fun. Jail Time Is Not. 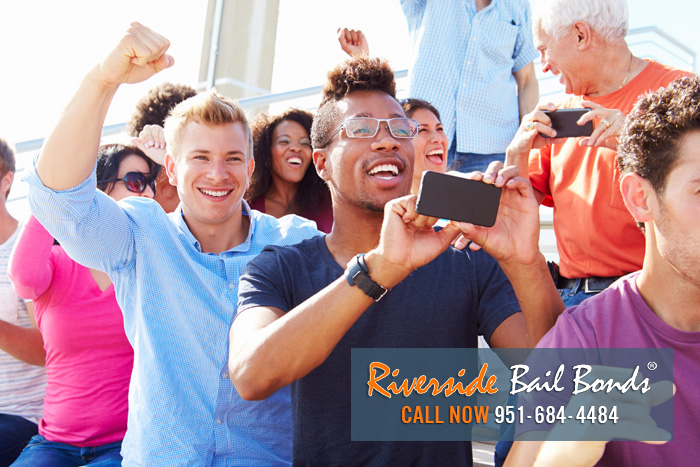 This is an exciting time of year for sports fans out there – the NBA playoffs have begun, and baseball season is starting. Rivalries clash, and the intensity of games can rise. It’s fun to be competitive on a legal and safe level. By this, we mean not letting your passion for sports blow up and land you throwing punches at another person.

Fights at sports games occur every now and then for reasons that mostly stem from supporters of opposing teams. Intoxication is often a factor. And before you know it, security breaks up the fight, the police arrive, and the parties are handcuffed. Occasionally some involved end up in the hospital with severe injuries. These fights make an impact on other sports spectators and the teams themselves, who often speak out against altercations condoning them. The teams do not want these altercations be a reflection about the sport.

So that being said, we urge all sports fans out there rooting for their team, their sport, to do so in the fun name of the game. Wouldn’t you hate being thrown in jail? It’s not worth it and you can bet you certainly won’t be watching any sports from inside prison. Be a bigger person and walk away from any possible altercations. Doing so could certainly save you and your pals a lot of danger and trouble.

However, if you do end up in jail, you can bail out to return home until you are asked to appear in court.

You can contact Riverside Bail Bonds at 951-684-4484 and one of our agents will get your paperwork processed immediately so that in no time, you’ll be out of jail.

Riverside Bail Bonds is a family-owned company and we have been since our founding 28 years ago. Unlike our competitors we understand how important it is for you to bail out your loved ones. We know that to you, your loved ones is a VIP and so we treat them as such. We will help you get your VIP out of jail in no time.

We’ve been bailing Californians out of jail for nearly 30 years and so we have more experience than our competitors. Our bail bondsmen know everything there is about bail bonds and can use their expertise to help you rescue your VIP from Prison.