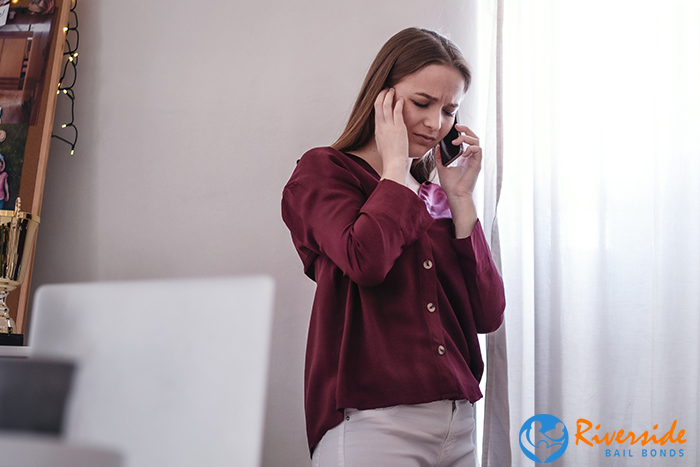 As soon as you’ve been formally charged and arrested for a crime, you start facing some tough decisions. One of the first ones you need to make is whether you should call a defense lawyer or Riverside Bail Bonds in Murrieta.

While every single situation is different, most people should probably contact Riverside Bail Bonds in Murrieta first and start making arrangements to secure the bail bond that will bring about their release.

There are a few reasons Riverside Bail Bonds in Murrieta should be your first call, including:

✦ Getting out of jail as quickly as possible decreases the likelihood of you accidentally saying/doing something that could jeopardize your case
✦ You’ll be more relaxed when you’re at home
✦ It’s easy to mount a defense when you’re not in jail
✦ You can continue to work, which allows you to earn the money needed to pay your legal bills

Once you’ve contacted Riverside Bail Bonds in Murrieta by calling 951-684-4484 or clicking the Chat With Us Now link, your next move is contacting your lawyer. They will tell you how much you should reveal on the phone.

There are several reasons Riverside Bail Bonds in Murrieta is your best choice when you need help covering your California bail. Those reasons include:

Extremely experienced bail bonds experts are available at Riverside Bail Bonds in Murrieta twenty-four hours a day, seven days a week, including all major holidays. When you contact us, you’re immediately entitled to a free bail bonds consultation during which we’ll answer all of your questions and explain everything you need to obtain bail. Our fee is a low 10% of the set bail amount and we offer a 20% discount to qualifying individuals.

Don’t let a high bail discourage you from contacting Riverside Bail Bonds in Murrieta. We understand that this isn’t something you budgeted for and are willing to work closely with you to create a payment plan that allows you to make bail and be released from jail as quickly as possible.
If you learn that a bail hearing is needed before you’re released from jail then your lawyer should be the first call you make. You’ll need your lawyer to make your case and appeal to the judge for the lowest possible bail amount.

The sooner you contact us, the sooner we’ll reunite you with your loved ones!