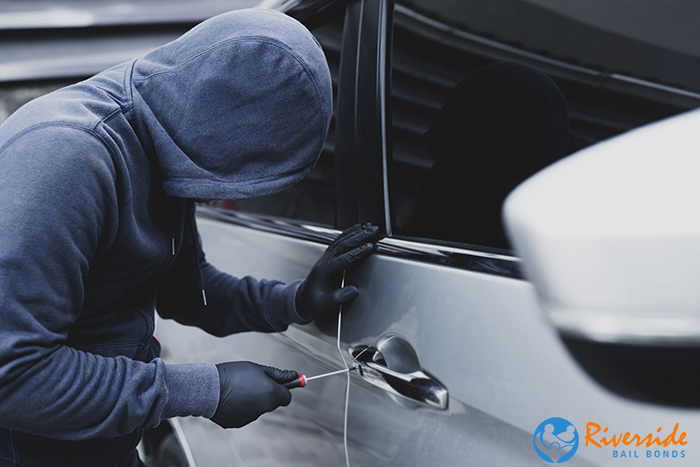 Car theft is a serious problem in California. Data collected by the California Highway Patrol revealed that in 2019, 151,244 California vehicles were stolen. That means that someone had a vehicle stolen in California every 3.5 minutes. The accumulated value of these vehicles was about $1.2 billion. What is really alarming is that those figures indicate a shocking 8.2 percent increase in auto thefts from the year before.

Things got even worse in 2020 when 180,939 vehicles were reported stolen. The accumulated value of the stolen vehicles was $1.6 billion. This represents a 19.6% car theft increase from 2019.

Law enforcement would like to turn that trend around.

The issue of car theft in California is addressed in Penal Code 487(d)(1) which is where the topic is formally referred to as grand theft auto. When you read through the law, you’ll find that taking any vehicle without the owner’s permission when that vehicle has a value that exceeds $950, is considered grand theft auto. If you’re caught, the prosecutor will decide if they want to pursue misdemeanor or felony charges.

The consequences of a car theft conviction in California are severe.

If felony charges are pursued, you face a sentence that includes:

In many cases, grand theft auto in California is combined with other crimes, such as burglary, assault, reckless endangerment, and traffic violations.

If you are borrowing someone’s vehicle, it’s in your best interest to make sure they write down that they gave you permission to drive it or at the very least, have a few people witness them saying that you were welcome to use the vehicle. Treating the loan of a vehicle as a business deal reduces the chances of a communication breakdown resulting in car theft charges. When borrowing a vehicle, it’s always best to be extremely cautious and to make sure everybody connected to the car understands the situation.